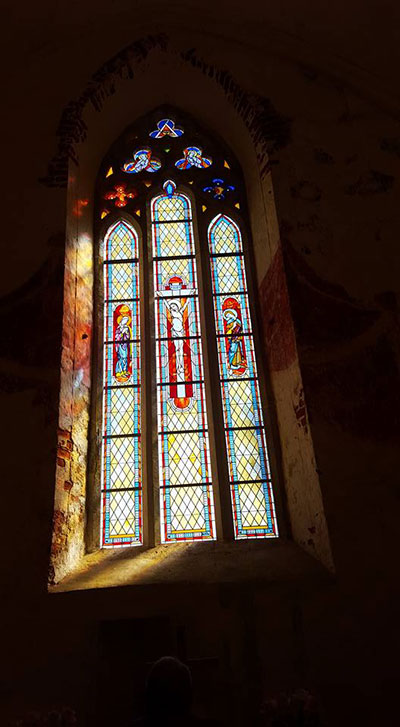 Day two of our Saaremaa English language Bible Camp has drawn to a close. Chris and I had three students yesterday, one who had attended previously and two new students. Overall camp attendance was about 35. Things seemed to go quite well.

This morning (Tuesday) we were led on a walking tour of the city; we toured the technical college, which is quite large and has several sites around Kurresaare. We visited the open market shopping square, the place where they test newly constructed boats before putting them into the sea, and toured an interesting new project that rents out office space by the hour, day, week or month – the purpose is for people to have a place to work on developing new ideas. We also visited City Hall and met with the mayor.

Our class today had two new students, both of whom claimed not to believe in God. It was a powerful class time and I think that hearts were changed.

Late this afternoon, Pastor David Breidenbach and his wife, Angela, left to return to the U.S.

Pray:
For Estonian pastors. I prayed earlier today with Pastor Tina, one of the two pastors at St. Lauritis here in Kurresaare as she prepared for a funeral, the fourth since Saturday. It’s not unusual for a pastor to do several hundred funerals a year.
For this small nation, where people are dying much more quickly than they are being born.

For the youth of this nation, many of whom have little faith in Jesus.

For the soldiers conducting exercises here and for the people who live in fear.

Thank God for the many blessings that we enjoy every day and so often just take for granted.

For the future of the language camps and EEMN.

For me, for strength.

Blessed to be here,
Pastor Kathy